An Update on my Life.

Hello. I realize I haven't posted much this month. Life has slammed into me.

Let me start with the bad news. My grandfather died a few weeks ago. We had his funeral -- my mother organized the entire thing, because she's getting her master's degree in religious studies or Christianity or some other such thing in that general area of study, and she wanted to make it personal. My grandfather -- my mother's stepfather -- was married to my grandmother for 42 years. It's been a rather hard blow, to know the laughing, easygoing man I knew as Granddad Richard will now be gone from everywhere but our hearts and memories.

In better news, though, I've applied to 4 colleges and three of them have accepted me. (The fourth hasn't answered back.) All are in-state, all are offering me scholarships over $17,000, and two of them look like viable options for my future. (One is near where my other grandfather, my father's father, lives, while the other is offering a pretty substantial scholarship and entry into their honors program.)

I have been super-busy organizing things with the colleges: I've met with an admissions counselor from the latter (the one offering entry in their honors program), who promised to repeal our financial aid and see if she can't cover more, and asked me to look into scholarships outside of the college. I've scheduled an interview at the college near my grandfather's place, in order to determine if I qualify for a full-tuition scholarship. And I've been desperately researching scholarships online, to see if I can't cover some of the cost.


And, while this sort of pales in comparison with the other two bits of news, and hasn't really affected my posting schedule (seeing as how it occurred only today), I have taken my first field trip since 8th grade. I'm a senior in high school now. I've been a bit anxious about it for the past week, which is why I mention it. The field trip was to Old Town Petersburg, which in case you don't know is actually old. We visited the Blandford Cemetery and the the old part of the city to take pictures, for photography class. I ended up with 4 rolls of black-and-white film (~70-80 pictures), and a curiosity for this city a half-hour's drive from my hometown.

Some cool things Petersburg has to offer:


I wish I had the pictures to show you, but we haven't developed the film yet. We'll be doing that next week. In the meantime, it's nice to let you know the Cockade City is still a historical treasure, one that withstood a siege during the War of 1812 and was nicknamed after its patriotism, so called by James Madison. (A cockade is like a pin they stuck in their hats, and so many people wore them and so many lost their lives during the War of 1812 that President James Madison stopped by to address them.)

So, this has been quite the eventful month. Good things tossed with the bad things, as life often likes to throw at us. For a quiet teenager who leaves her home only to go to school and the library (and occasionally Wal-Mart), the whole blasted thing is like something out of the Lord of the Rings, except my life has no obvious plot or point.

For now, I think I'll just have to take a pain-reliever for my headache, finish up a good book, and draw myself a nice hot bath. And then we'll see about April.

Have a blessed day, and hope you visit a few ancient sites yourself.

Posted by Danielle at 4:27 PM No comments:

Email ThisBlogThis!Share to TwitterShare to FacebookShare to Pinterest
Labels: cultural matters, Getting Out of the House, Historical Stuffs, I love lists too much, life in general, photography, researchful topics, School Stuff, Wednesday

In Which I Talk about Romance. Again.

(I would have posted earlier, but, you know. Life. My grandfather died, colleges began accepting me, and I've gotten really snarled up inside, emotionally speaking. It happens, time to time.)

This is not the first time I've talked about romance. Or should I capitalize Romance? Everyone else seems to capitalize on it.

I'm one of those people who sets their book off to the side, on their bed, after they've finished reading. I have a dozen books sitting, scattered, across the side of my bed. 5 are romance. 3 are nonfiction. The rest are MG. 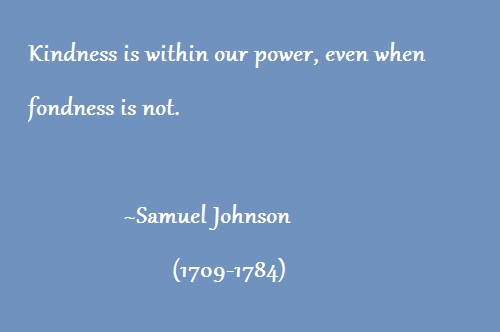 Now, what do I mean by romance? There are different types. There are romance novels and romantic subplots and there are those (horrible) books where romance plays a pretty central role, but for some reason isn't even mentioned in the back-cover summary. This post, I'm talking about all of them.

And, of course, if you visit this blog, I'm sure you read, write, or at least have heard of YA. My favorite age group of books. And more than likely, you have heard how swamped with romance it is. Maybe you've debated about the role of sex in YA Lit. Maybe you've even written a few romantic scenes yourself, if you're a writer.

Because, of course, I am asexual. And romance is not really my strong suit.

Let me define that term for you (in my own words):

asexual (adj.): to not be interested in sex; to be sexually attracted to neither sex.

That does not mean I am "anti-love" or "innocent-minded;" it does not mean you can tell me that this is just "a phase everyone goes through" and that "I'll find someone someday." And it does not mean that I will be happy reading sex scenes in books, or even mildly romantic scenes.

Unfortunately, I come across it too often. The first kiss. The first relationship. The first sex. They are common themes, in YA Lit. And they are probably common firsts for many teenagers. But I never feel more alone than when I think the phrase, "normal teenagers," because I have never considered myself as part of that category, and for good reason.

To me, YA is not just first love. YA is the exploration of possibilities and the world for the first time. It is first adventures, first griefs, first chance to change the world and not merely observe it. There are many firsts in the world, and I love those much more, connect more with those ideas, than I do with "the feel of his lips on my skin" or "his kiss" or whatever else it is. You don't even have to include an asexual character in your book. I'm just begging you, to just not put romance in it, or put it far to the side in favor of other things.

There is only one book series I've read that features an asexual character: the Emily the Strange series, by Rob Reger. Emily Strange is a role model for me; not only is she asexual, but a genius, a prankster, a skateboarder, and a cat person. Members of her family are "Dark Girls," also called the "Dark Aunts," because they have magical ability and never marry or have children. I have all four books on my greater-favorites bookshelf. You can probably find them in the YA section at your local B&N. It's written in diary form, and can at times look more MG than YA, but still. An asexual character! A main character who actually sticks by her statement that she will never have children!*

As much as I hate to add the disclaimer: yes, I know there are books out there that are not romance, and YA is not "swamped" with romance, there are others out there about family and friendships. But in my local B&N, in my local library, there sure are many books with romance in them. There are those books, like I mentioned above, who do not bother to tell me of the romance that is a central part of the book in the summary.

The truth is, I walk into my local B&N, and I want to cry. My eyes desperately search the shelves -- those crisp, clean shelves with new, pristine books -- and my heart sinks when I pull down a book. Just wondering whether or not there will be romance in it; picking over the summary, and making assumptions based on that, assuming there will be romance if I don't know.


Perhaps normal people, I think, just pick a book off the shelves, like the summary, the premise, and just purchase it and go. It is entirely lonely, to realize that other people aren't bothered by the romance, because they're normal people who don't mind -- even love -- the heterosexual love in all of these books. And that because I'm just a freak, I have trouble doing the one thing I've done my entire life -- reading.

But luckily, I have a blog. And hopefully, I have a talent for writing, and I will use both of them to ask that more books with more asexual characters are put into my hands. That while you advocate for LGBT romance, remember that little unknown "A" for Asexual, and advocate for some no-romance books, as well.

Because there are other readers out there, like me, who are asexual and feeling just a little lonely not for being underrepresented -- but for not being represented at all. So, if you think yourself an ally to gays and bisexuals, then remember to educate on asexuals, too, because while most everyone has an opinion on LGBTQ, almost no one has heard of asexuality. In fact, when I tell someone I am asexual, I have to explain to the person what it means, and then they just shrug and say, "well, I don't know where that leaves you, then. I'm sure you'll grow into it. Everybody else does."

I know I will be a writer, and most of my main characters will be asexual. I know the themes I'd like to expound on in my works. I know, if I become famous, what it will be for -- a look into diversity, for that little asexual, bookish teenager who bites her lip in the library as her hands hover the shelves and shelves of first kisses and first crushes.

Have a blessed day.


*Yes, I was ticked off by that in The Hunger Games. And in several other works I've read. Why is it somewhat common to have your narrator say she will never have children/fall in love/fall in love with that man, and then have her turn around and do exactly that?! Is this just a trend in the books I pick up?
Posted by Danielle at 2:00 PM No comments:

Email ThisBlogThis!Share to TwitterShare to FacebookShare to Pinterest
Labels: Cats, creative and deep ramblings, life in general, mention of books outside of reviewing context, picture quote, romance (and why I don't like it), Wednesday
Newer Posts Older Posts Home
Subscribe to: Posts (Atom)