Letters to Life: On Female Characters

I've recently been reading internet articles, as is my wont, on the representation of females in fiction.

Now, I'm a teenager who reads mostly YA. Don't kid yourselves, if you think this is an expert opinion. In fact, I hope you point out any flaws in my arguments in the comments section, or tell me what you think are the strong points. That is how people learn and grow.

But there is lots of talk about "strong female characters." (From my vantage point, which isn't exactly temporal. Namely, these articles could've been written anytime from last week to years ago.)

Now, why would I take part in such a discussion? Why should I? I am no expert, not even in logic or argument-making. In fact, I am the sort of person who doesn't even think logic rules the world -- I tend to think logic and argument are only one aspect of life, just as music and emotion and image and language are all just another part. And it's your choice to think which is more important. But I need to say something, and have a conversation about it, instead of letting it fester in my soul.

That being said, logic and argument do amount to something. It has weight behind it, like every other human force. And there is a certain logic that defines literature, just as there is emotion in music and structure in art and language in argument. Do you know what that logic is? 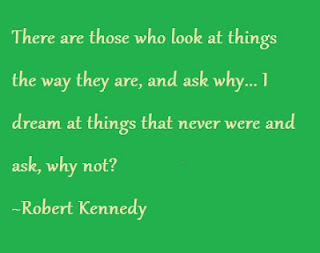 That there is no one personality type; there are as many types of people in fiction (and nonfiction) as there is in real life. And that means that yes, there are your typical Strong Female Characters in real life, and yes, there are some in literature. But that doesn't mean your definition should make up the majority.

It's the age-old trope that makes these female characters just that - a trope. You can bring them to life all you want, and people will complain that you're just submitting to a trope. That they are nothing but a stock character. (Remember that term from English class?) And I'm sick of seeing and reading it. But I want them in here, just the same.

Let's examine the typical traits of a Strong Female Character, shall we? Silent, strong, usually career-oriented and usually one of the few women in their field (and, of course, usually a military, scientific, or otherwise male-dominated field). Not weepy, or emotional, or terribly simple-minded. And of course, complex, internally-struggling, angry and happy and world-weary at the same time...

What was that? That last sentence doesn't ring true? Well, it should. Because that's my main point here: the "Strong Female Character" should be more than her typical definition. She should be as real-life as, well, real life.

I mean, what other type of female is there? Everyone is strong in their own way, pardoning my abrupt train of thought. (And jump in argument; bear with me, please.) What I mean is, what is the definition of weakness, when you think of a Strong Female Character? Emotional? Because everyone has emotion. Guys, especially, are prone to anger in fiction. That's an emotion, right? Anger? That hasn't suddenly morphed into a separate category, some extension of thought? Guys can be prone to theatrical heroism. Being melodramatic is a mix of thought and emotion, true, but it's how we exaggerate and how we show emotion. I mean, the typical guy trope -- the hero who has to save the world, and he does it his own way.

Emotion isn't a weakness. Guys, real life and in fiction, can have it. It's not a weakness, for them; in fact, it's usually portrayed in media as an abusive man controlling his wife or family; it's portrayed as the lust and "love" for the forces of good and for, again, their family. Batman is allowed to become a hero after his parents die, out of grief and a want for revenge. All of those crime shows, following childhood trauma to abusive present. (Or to a present of seeking out such dangerous relationships, but that's usually portrayed a "woman" thing.)

So why can't Strong Females have it? Emotions are not exclusively female or "weak." So... what else? Do you mean physical weakness? That's a characteristic of Strong Females and males alike. The whole "Look at me, I can shoot a gun, I can kick your sorry butt to kingdom come, I catch you doing something misogynistic and I will show you how manlike my reflexes are?" No one I know of can manage it, but in Sci-fi/fantasy, go ahead! (Really. No sarcasm. I come from a place where people have inane conversations and do chores, not kick butt.) 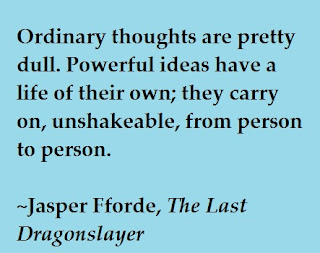 Um... do you mean the whole being-the-only-one-of-my-gender-in-this-field? Because... well, that doesn't look strong. Actually, that doesn't even reflect on the character in my opinion -- it just makes a whole system look weak. I mean, no one wants a field where both genders aren't at play. It takes two to make a family, and it takes two to make bombs. Ingenuity comes to both genders, and it's stupid to refuse an entire gender's ingenuity based solely on their gender. I'm all for subjectivity, but that's not a good subjectivity to go by. Go by something like, "They don't like biology, so they can't work in our medical facilities." That's a much more decent subjective measure than "Oh, she's a girl."

So... what is weak? What is the opposite, or indeed anything other than, this Strong Female Character? Which brings me back to my first point -- why are you making this a stock character/trope?

I would guess you mean "as opposed to the lack of other female characters in the novel, this one token girl is a Strong Person, because we don't have any others but vague mentions." I've heard of a few novels like that. I don't read many, thankfully. It's not really a good thing, this trope. There are plenty of strong characters who are not this mental image of military-and-rebellious.

Now, did I write this just to be whiny? No, I have an Easy Positive Solution.

Perhaps we should take a leaf from my favorite age group's notebook: write many, many books from the POV of girls/women. Adult fiction, you heard me. And I don't mean, simple, flat characters written for the Sake of Diversity. (More on that particular rant some other day.) I mean, real-life characters. The sort of characters we always strive to write about, because no one likes flat, simple-minded "weak" characters. The same ones you seem intent to avoid with the trope in the first place.

In fact, here's an Easy Test to administer and pass -- the Bechdel Test. The questions are simple.
1. Are there at least two women in it?
2. Do they talk to each other?
3. Do they talk about something other than men?
Guys, this isn't a hard test to pass. It's not even asking to make them major or main characters, just that you include them. It does wonders for that audience you're actively pushing away. (Namely, me. Though people like me are included, as well.)

In YA, a lot of novels are published by women, for girls. Predominantly. And there's a reason I prefer that age group -- because, while I hate the romance, I can identify with strong characters who happen to be female. Because, they can't be anything but strong.

Sincerely,
JDM -- a dreamer of impossibly diverse dreams, a thinker of more than logic, and a Girl Who Loves Strength (But Knows There's More than One Type)

P.S. This Lorde quote was originally intended for real-life racism. I kind of consider fictional people to be their own human race, only they inhabit a different world. But all the same, I don't mean this quote to look out-of-context and mean. Diversity, as I said, is a whole 'nother blog post, as is For the Sake of Diversity.
Posted by Danielle at 4:13 PM